The A.F.0210. strap was introduced by the MoD for military watches and compasses in 1945, with a stores description A6/AF0210 : STRAP, WRIST, INSTRUMENT, quickly shortened to the AF0210 strap.

The A.F.0210. strap was part of the light weight 1944 pattern (44 pattern) webbing introduced by the MoD in 1945 to overcome the shortcomings of the earlier 37 pattern webbing.  This new webbing was designed initially for General Service, but it was introduced as Jungle Warfare Equipment (designated A6/AFxxxx) just as WWII ended.   The A6 designation was often ignored.

The Vocabulary of Army Ordinance Stores (VAOS) sections are now known as Domestic Management Codes (DMCs), but in 1945 a new section VAOS A6 was promulgated listing the Jungle Warfare Equipment. 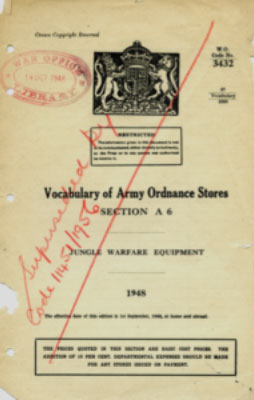 The new 44 pattern webbing was about 7kg lighter than the 37 pattern webbing, and supposedly the only items that remained in use from the old inventory were the toothbrush, comb, field dressing and lanyard.    Except for the A.F.0210. strap, 44 patt. webbing was dyed in Standard Camouflage Colour 19 (S.C.C.) which was added to BS987C as an amendment in July 1945 : “Shade for tropical clothing and personal equipment added.”

In early 1945, quantities of the new webbing started being issued to troops in the Far East where it was found to be more suitable and resistant to the tropical climates encountered than the 37 pattern webbing which rotted quite easily in the jungles.

It remained mainly tropical theatre issue only.  It was then used in campaigns in Palestine in 1946, the Korean war, the Malayan Emergency, the Indonesian Confrontation, in Kenya against the Mau-Mau, and in the Suez Campaign. 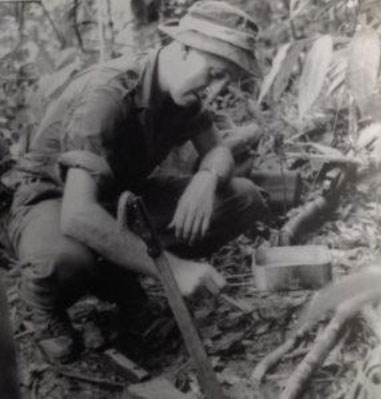 Above is a soldier in Borneo during the Malayan Emergency.  He is using 44 pattern webbing, wearing a watch on an AF0210 webbing strap, and is cooking in an AF0225 mess tin, (A6/AF0225 Tins, mess, rectangular, aluminium), with an AF0100 machete in the foreground, together with an AF0101 sheath on the ground.

Many of the listed items only had limited use before disappearing from stores, but several such as the AF0225 mess tin, shown with an AF0210 strap (on a B6/2593 compass) below, remained in use for a long time. 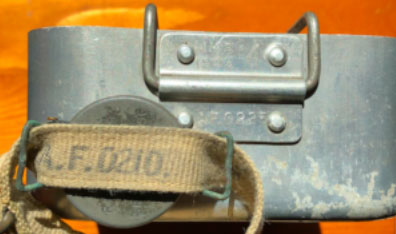 The metal 44 pattern water bottle and mug, (AF0025 and AF0026) along with the water bottle carrier (AF0044) were sought after items, especially among those serving with the special forces and the parachute regiment.

The strap was sometimes modified during its service life and the canvas NATO type A.F.0210. strap shown below is from the Suez Campaign era.  The exact date of issue is not known. 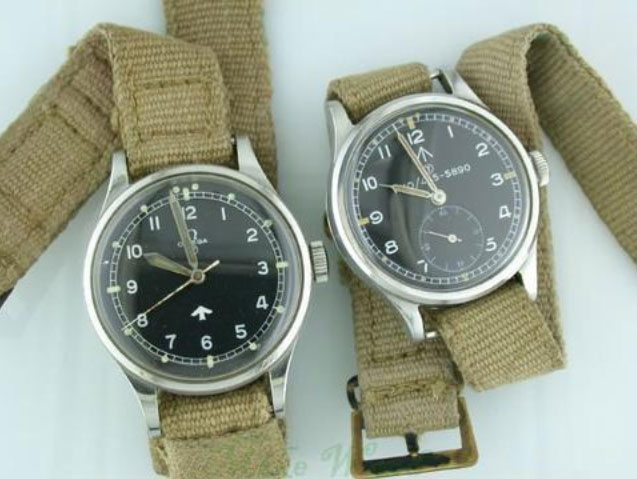 The A.F.0210. strap remained available in military stores until taken out of service in February 1980. 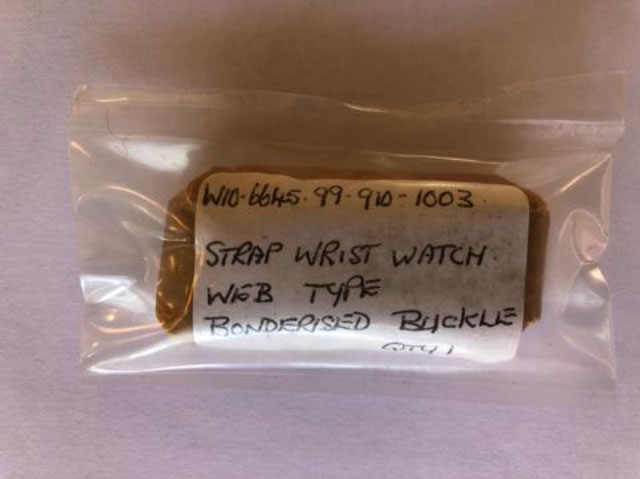 The NOS stores strap, as delivered above, has been used by us for quality control purposes.

A service life of some 35 years makes this a classic strap, and the influence which it had on the design of the NATO strap can be seen in the evolution of this strap.