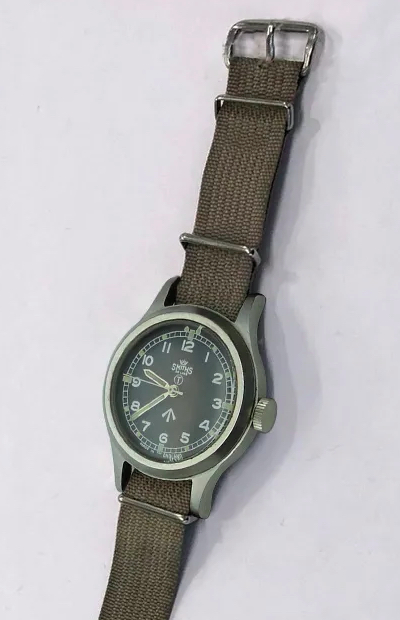 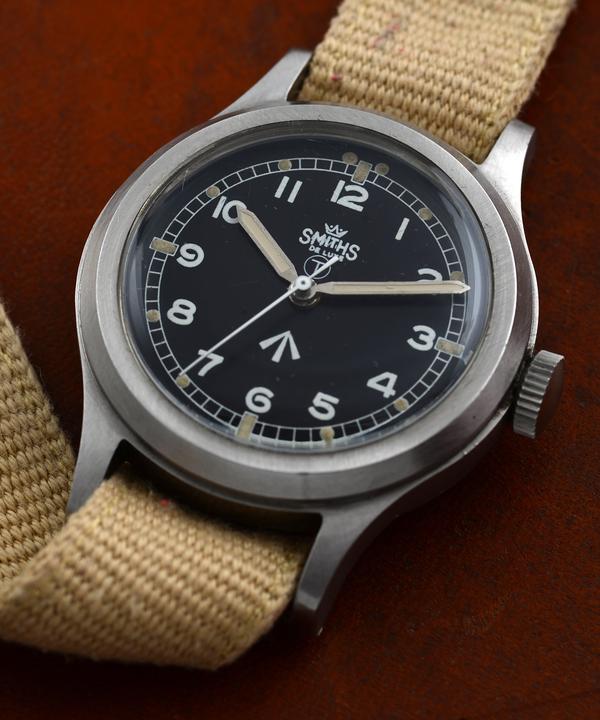 In the late 1940s and early 1950s a combined forces Working Party met 20 times, and  produced a “provisional” Defence Specification No. 3 (DEF-3), General Specification for Wrist Watch, General Service, which was published on 1 September 1951.

Over the same time period, feeding into the Working Party, Smiths were contracted to produce a General Service wristwatch for issue to the British Armed Forces.  The British government was concerned about the reliance on overseas supply of wristwatches, which had been an issue during the second world war and enticed Smiths to foster British manufacture of wristwatches.

These watches were based on the DEF-3 specification, and were given the same 6B/542 stores reference as the Omega navigators watch, also based on the DEF-3 specification, so we can assume were issued to RAF pilots and navigators.  This makes some sense for a test order – the inside of a plane cockpit was a fairly harsh environment for a mechanical wristwatch due to the presence of electromagnetic fields. The watches were shielded from electromagnetic interference by an iron dial and mumetal dust cover, which formed an effective Faraday cage to prevent electromagnetic disturbance.

For whatever reason the Air Ministry decided not to proceed with extending the order and Smiths didn’t receive a military supply contract until the late 1960s for the W10 model.  (Still earlier Smiths had provided a 6B/159 watch, which appears only to have reached prototype stage).

The watch above is fitted with our 17.5mm wide A.F.0210® strap, a recreation of the original A.F.0210. strap, a precursor to the ubiquitous NATO strap which is found on Military watches.

However, in 1954 the Air Ministry issued the 6B/2617 strap with a keeper loop.  One of the hardest to find military straps is this pre NATO strap from the 1950’s.  This strap which was used on the Mk.11 navigators watch, the 6B/346, has generally eluded collectors and is the early NATO grandfather strap in grey ribbed nylon, 5/8″ or 16mm wide.

On the cover sheet of the 1958 service manual for the Smiths DeLuxe GS watch the 6B/2617 strap with a keeper and with 8 ribs is shown.   The same strap is shown in the photo below.  The early watch dials did not carry the Tritium T under Smiths DeLuxe. 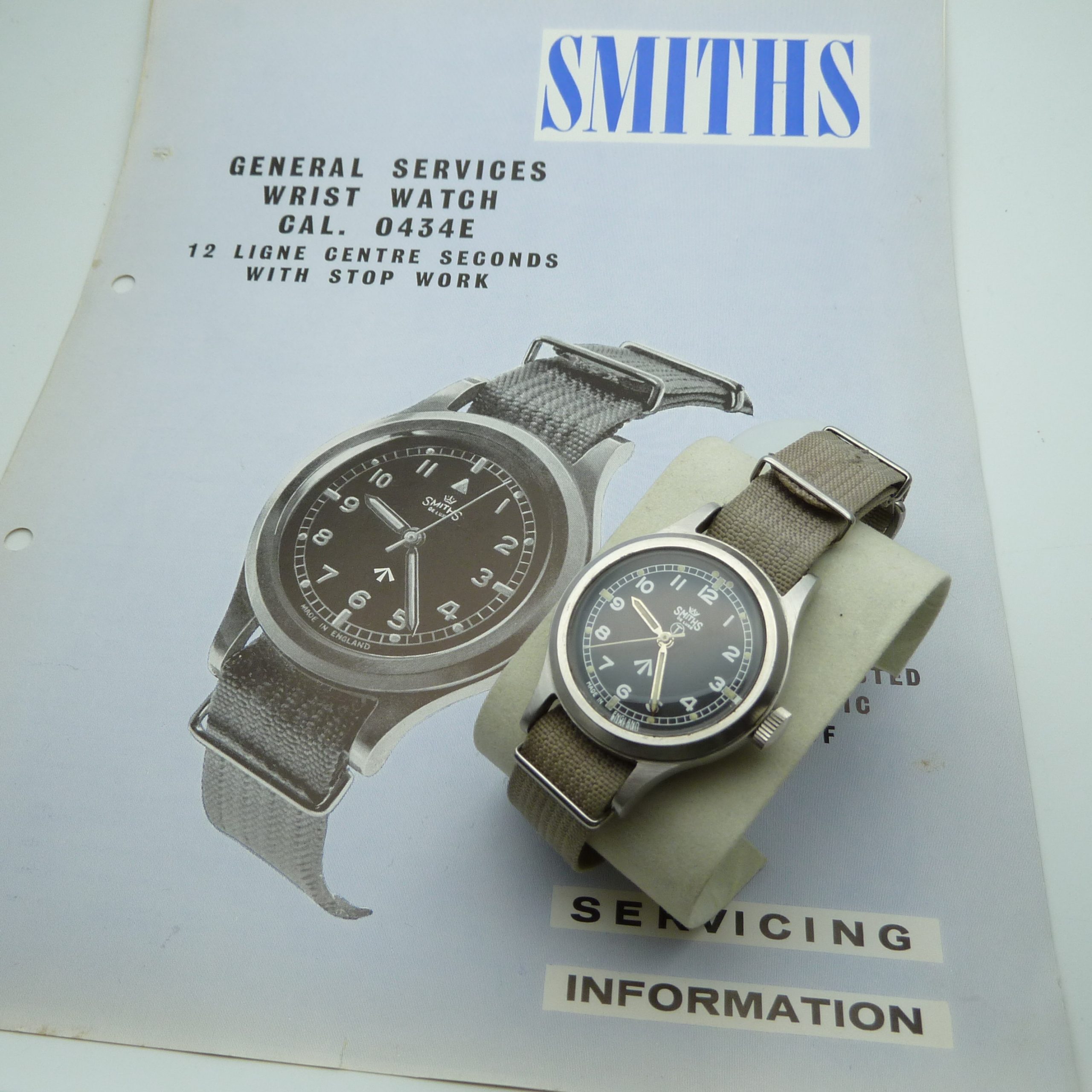 The stainless steel buckle and weave of the strap is shown more clearly below. 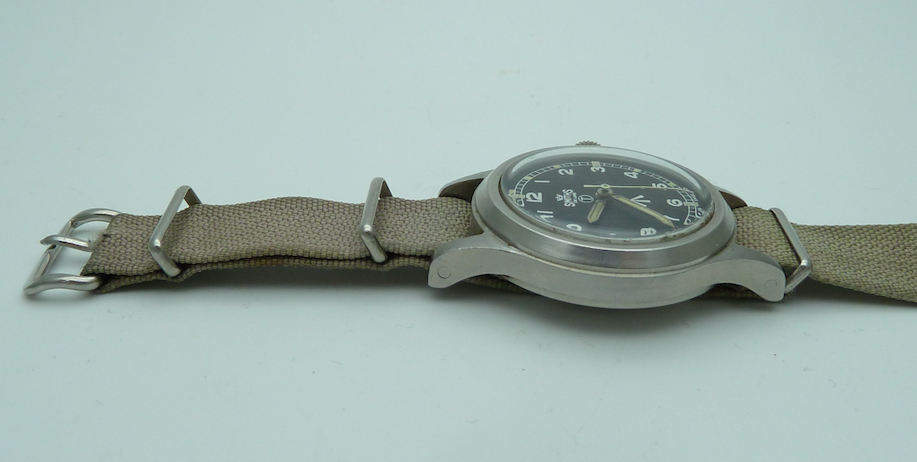 We are now making a faithful reproduction version of this 16mm wide 6B/2617 strap in grey ribbed nylon, and if you are interested in obtaining one, please email us, or order from our store.

The strap will fit all Smiths GS watches, as well as the 6B/346 JLC and IWC watches for which it was specified in 1954. 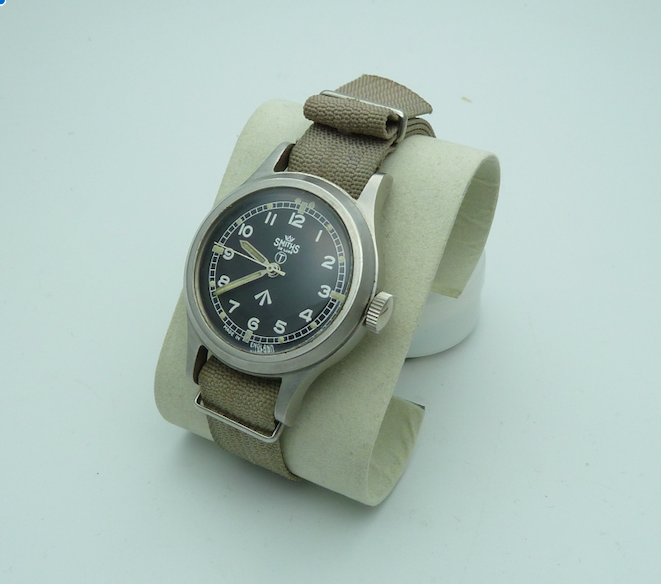 We are now producing these straps. The original strap was embossed STAINLESS STEEL on the underside of the buckle, but the remake will be embossed 6B/2617 as below.