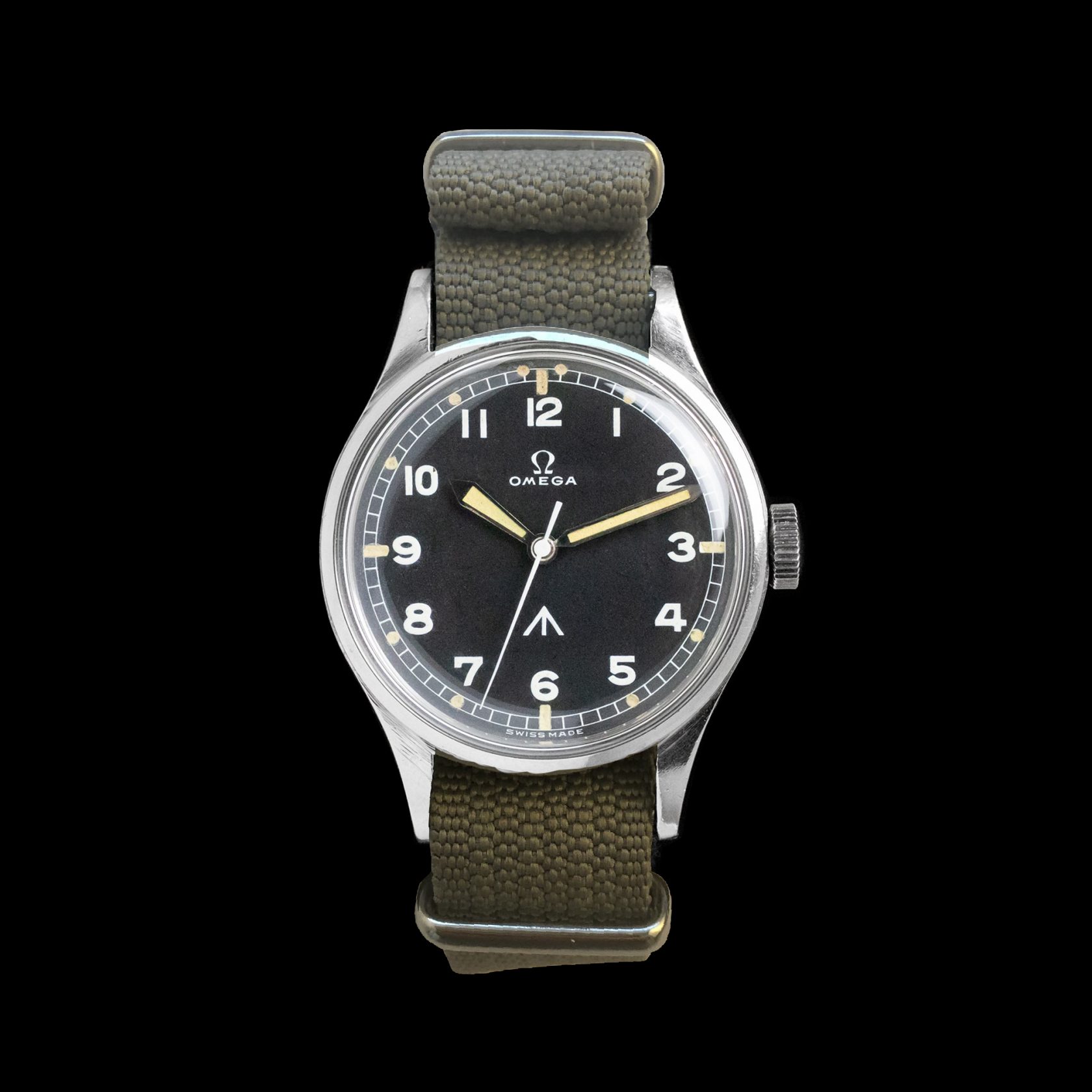 This is the genealogy of the NATO strap.

A NATO strap is constructed from two pieces of strap material — a longer piece to wrap around the wrist, and another shorter piece that loops behind the watch case, and onto the longer piece, to prevent the case from falling off, or moving up and down the strap.     The NATO strap can be fitted, or changed, without removing the spring bars of the watch from the case lugs.

The name NATO describing a watch strap derives from the late 1970s, and is a colloquial reference to the NATO Stock Number (NSN) for the issued military strap.   It has evolved to mean any two part strap, not necessarily military issued.  Earlier two part “NATO” straps existed before the slang term developed, as described below.

1908 saw the introduction of the first leather NATO.
The origin of the species was made by E.J.Pearson and Sons, the Victor strap from 1908, which was 205mm long and 9mm wide.  E.J. Pearson and Sons had become the largest watch strap maker in England by the end of WW1.  They registered design number 529337 with the British Board of Trade on 27 August 1908.

Some early wrist watches had fixed wire lugs, and shrapnel protectors for pocket watches also had lugs, so this fitted some watches until the 1920s.  But, pocket watches were far more common until the late 1920s.
https://af0210strap.com/the-first-nato-strap/

1945 saw the first canvas NATO.
The VB Hygienique strap from 1945 was the next evolution. This was 16mm wide, and adjustable in length at the ladder buckle.  It was available for private purchase at the end of WW2. 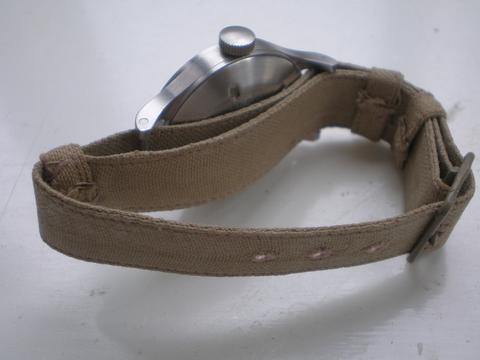 In the period 1948-1953 the first webbing NATO straps were modified from single pull through straps by military personnel, possibly at unit level.
Above is the 16mm wide A.F.0210. strap from 1945,  modified prior to 1953 to stop the 6B/546 Omega from sliding off the single strap.  The Omega had 18mm lugs. 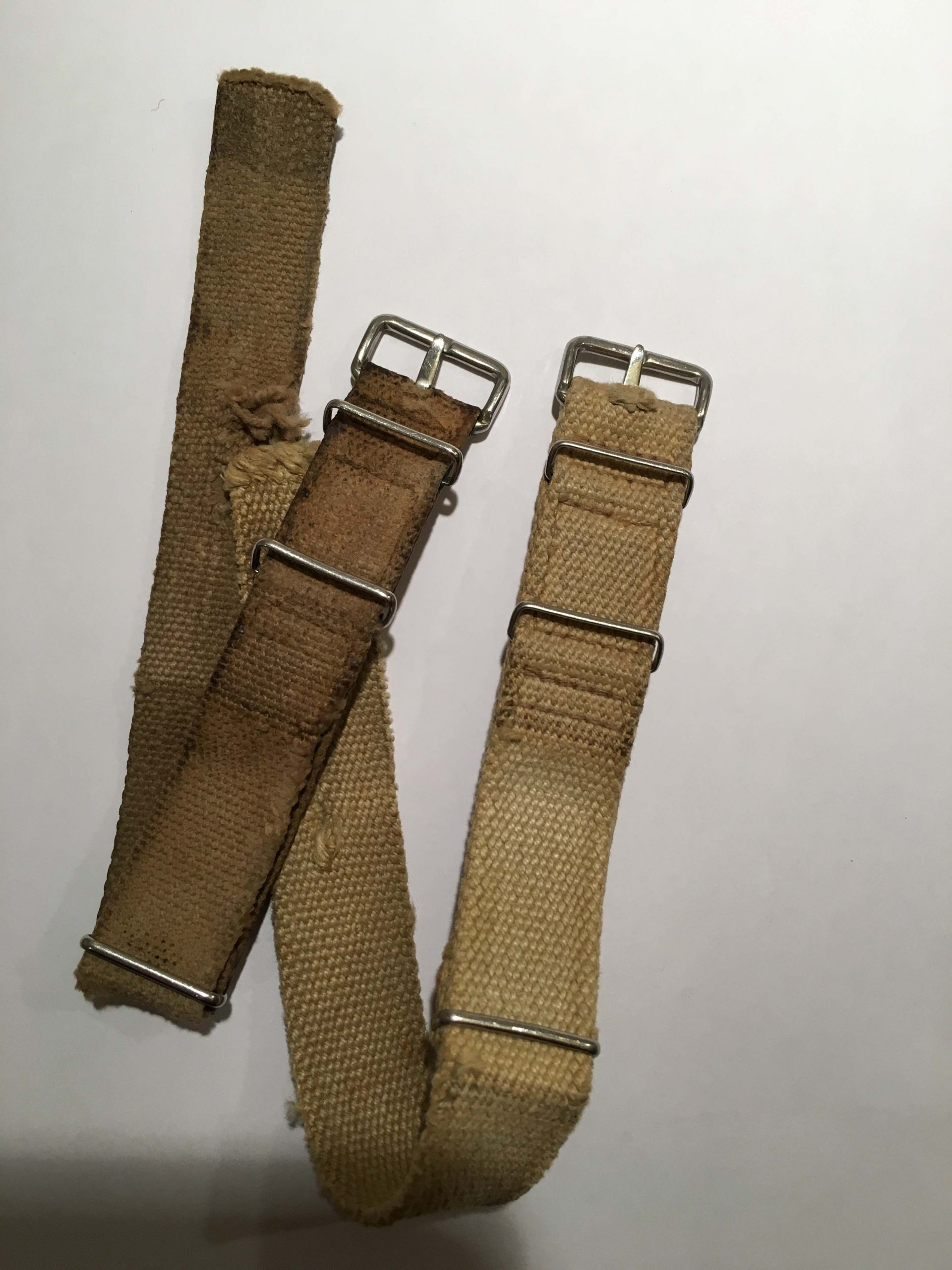 Photo credit MWR forum member : nickb
The 6B/2594 strap listed as “Strap, Wrist, Watch, GS” in the Vocabulary of Royal Air Force Equipment is shown with a NATO modification above, probably dating to about 1952.   This is also a 16mm wide strap.
https://af0210strap.com/the-6b-346-mark-xl/ 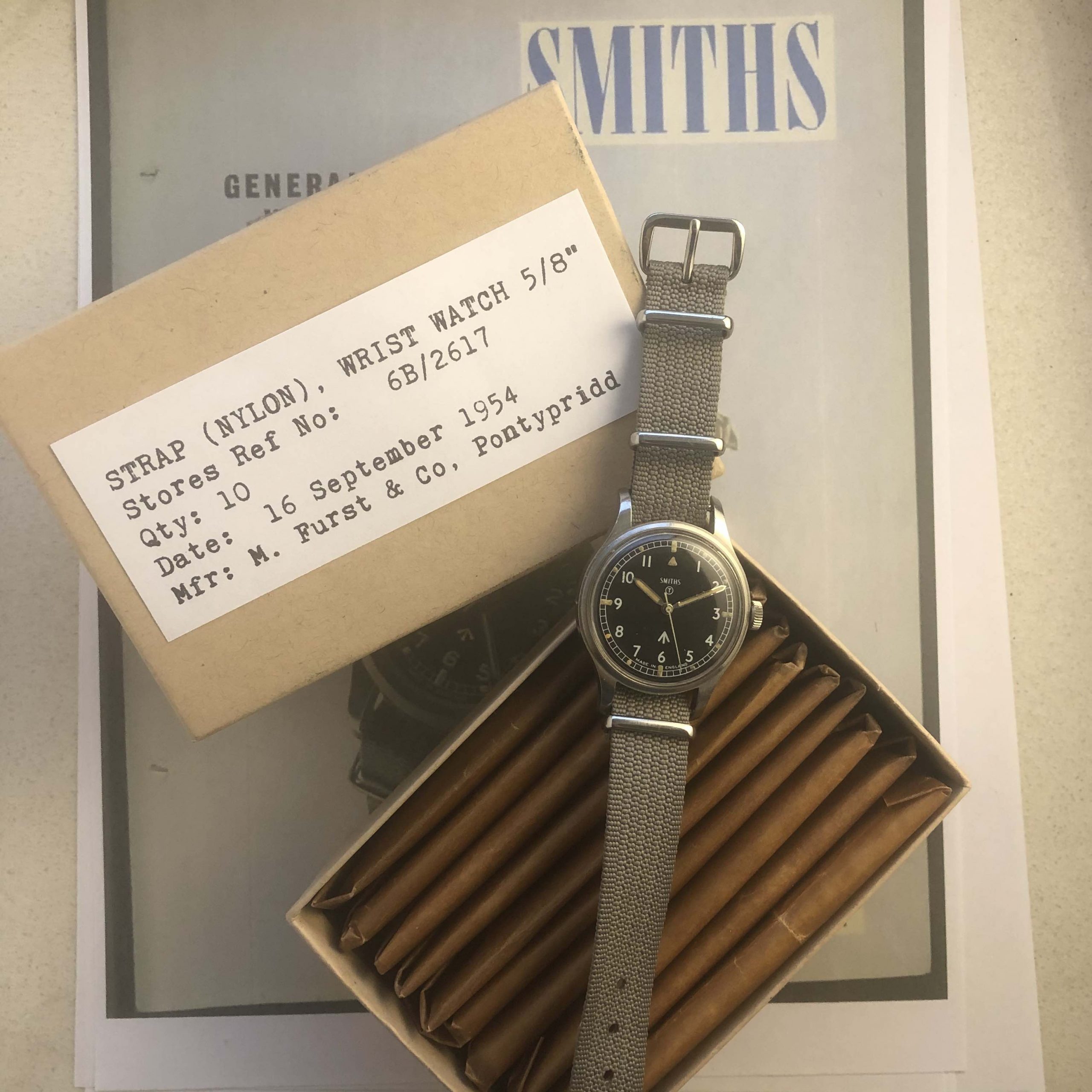 In 1964 the nylon RAF strap has been called the James Bond ?NATO? strap. 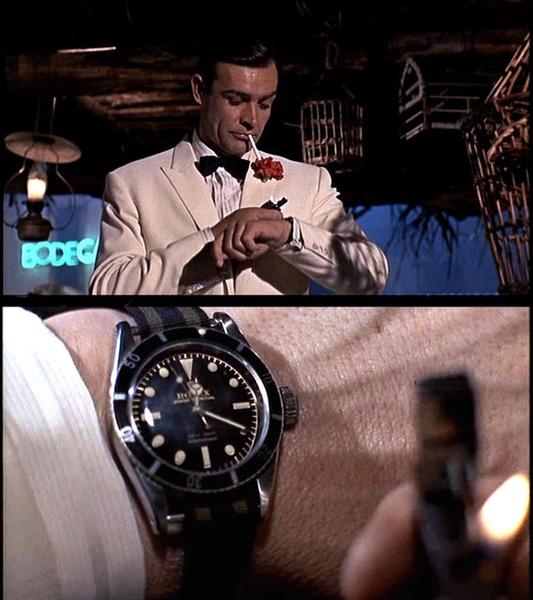 The 16mm wide the nylon RAF strap was used on a Rolex Submariner, ref 6538, with 20mm lug width in the movie Goldfinger in 1964.   A wider strap was needed.   Many people confuse this RAF strap with the later 20mm NATO, but the movie was 9 years earlier, and the strap narrower.     However, striped nylon webbing was obviously available in 1964.
https://af0210strap.com/what-is-a-raf-strap/

In 1973 the DEF STAN nylon NATO was specified by the UK MoD.  The Vocabulary of Army Ordnance Stores, (different from the Vocabulary of Royal Air Force Equipment),  gave this the NATO Stock Number, NSN 6645-99-124-2986, listed as “Strap, Wrist Watch (Nylon)”.   This was the first issued watch strap with a NATO Stock Number, and soldiers ordering a strap soon called it a NATO strap.
Apart from the width, and the cross weave, the dimensions of the 1954 6B/2617 strap have been copied in the DEF STAN, and are identical to those in the drawing below.
The 1973 military specification drawing for the 20mm Admiralty grey nylon strap is shown above.  The nylon was specified as straight cross weave.
The key requirements of DEF STAN 66-47 were as follows:
This strap became known as the NATO strap, and is now available from many sources in many colours and widths. 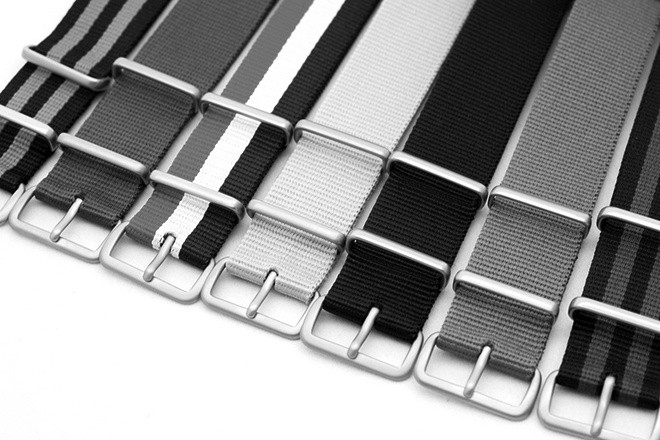 Some refer to the NATO strap as a G10 strap, based on the Army procedure necessary to obtain one from the unit quarter master.

The Army Form General 1033 (G1033) was used by an individual soldier to sign for military equipment, and to obtain an 6645-99-124-2986 from stores a G1033 needed to be filled in.     The stores for a mobilised unit were in turn listed on an Army Form General 1098.  Army Form General 1098 (G1098) is a regular units equipment establishment table and details all the equipment the unit should hold to equip its officers and soldiers; it includes webbing, shovels, weapons etc. 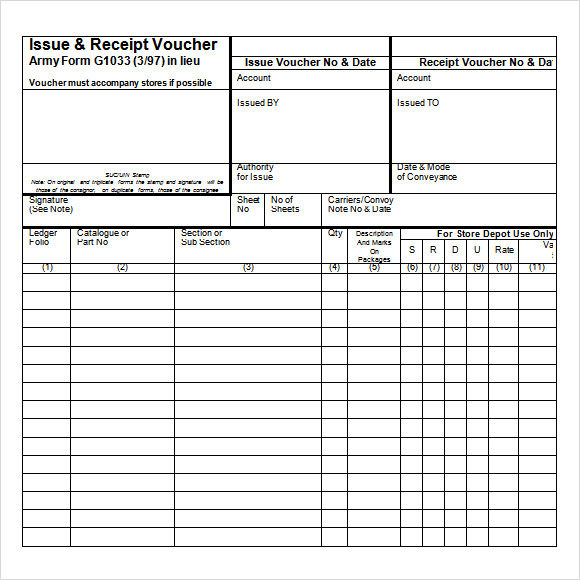 It has been said that the only thing a good Army store man should have on his shelves are batches of G1033s, as it makes it so much easier at stock check times.

Like the term NATO, the strap was also colloquially called a G10.