THE PEARSON STRAP – THE NATO GRANDFATHER

E.J. Pearson and Sons became the largest watch strap maker in England by the end of WW1.  They registered design number 529337 with the British Board of Trade on 27 August 1908.  The design is below, it is a two piece leather strap, with the shorter flap passing behind the watch, and the longer strap passing through the lugs of the watch.

The name NATO describing a watch strap derives from the late 1970s, and is a colloquial reference to the NATO Stock Number (NSN) for the issued military strap.   It has evolved to mean any two part strap, not necessarily military issued.  And, earlier two part “NATO” straps existed before the slang term developed.

A range of names, Simplex, Climax, Victor, and Premier were used for various versions of the Pearson two part “NATO” watch strap.

Image courtesy: David Boettcher of Vintage Watch Straps
Below is the SIMPLEX strap Reg No 529337. 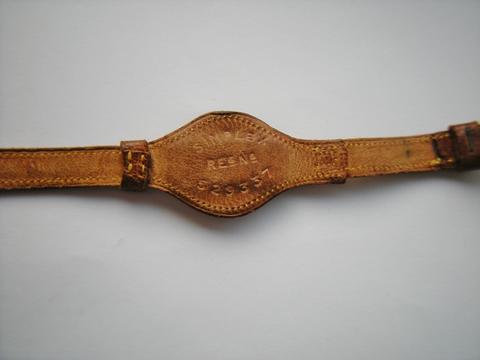 The design as in the patent application drawing above, was a pocket watch size back flap (a) and a pull through strap (b) holding the watch in place.
Below is a 1913 advertisement for a Monnin, Rebetez watch on a Pearson strap with the watch having swinging lugs, and the crown at 3 o’clock.
An example in the British Museum is strapped to a wire lugged Ingersoll Midget, which still has the crown at 12 o’clock.
The back of a CLIMAX strap is shown below.  It is similar to the Simplex, but is made from cut leather, without stitching.    It is shown on an original black dial Ingersoll Midget with shrapnel guard. 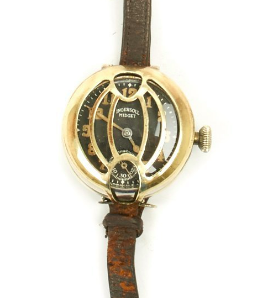 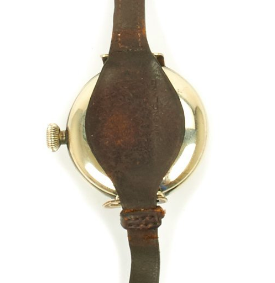 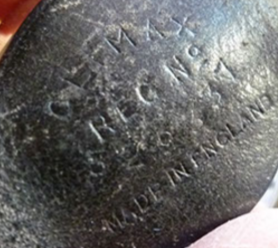 This strap has “Reg No” stamped in the middle of the back of the flared section, with “CLIMAX” in a curve above and the number 529337 in a curve below, together with MADE IN ENGLAND.
Below is a Climax strap being fitted with an Army Wrist Watch Protector, in a 1916 advertisement.   The back flared section held part of the protector in place. 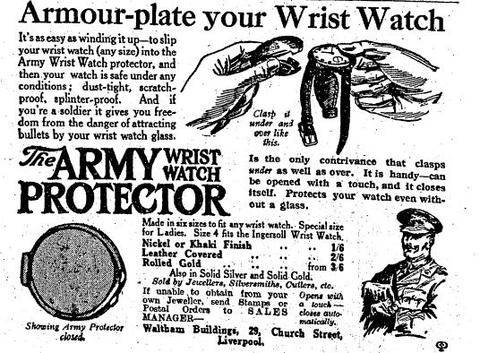 On the same day as for the above registration, E.J. Pearson and Sons also registered the earlier design number 529336 for a Victor strap, which had the back flap (a) the same width as the strap.    Straps read “Reg No” or “Rd No” 529336 “VICTOR” sometimes with MADE IN ENGLAND. 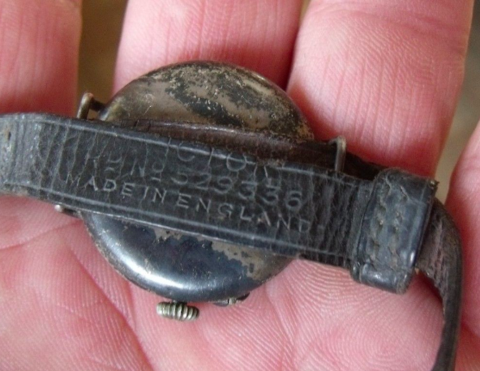 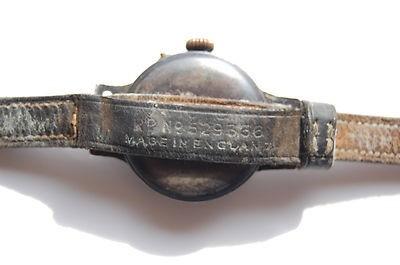 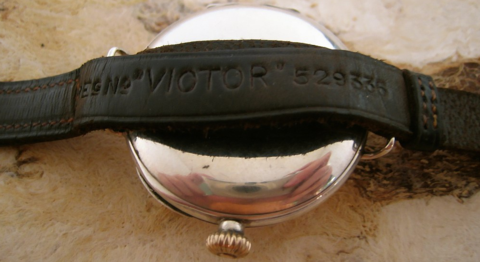 The most common surviving E.J. Pearson and Sons strap is the Victor strap, shown in full length below.  The similarity to the current NATO nylon strap is obvious. 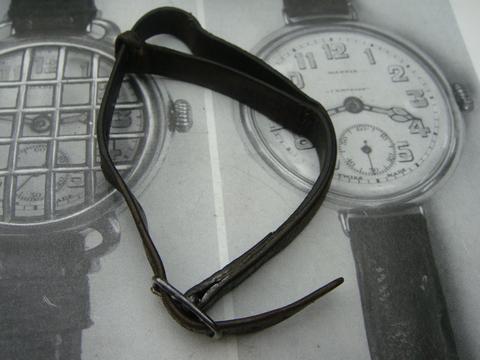